The highly anticipated men’s flyweight title bout did not last long. Figueiredo was able to lock up an arm-in guillotine in the early moments of the opening round and after a slight adjustment of his grip forced Perez to tapout.

Following his impressive victory, Deiveson Figueiredo called for his next fight to come against top division contender Alex Moreno.

The rest of the UFC 255 fight card also delivered with some memorable scraps and jaw-dropping finishes.

Following the conclusion of the event, UFC officials announced at the post-fight press conference that four fighters would be taking home performance bonuses. 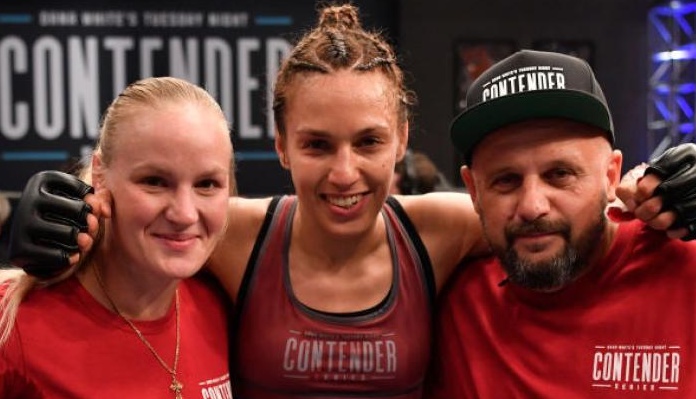 Fight of the night: Louis Cosce and Sasha Palatnikov each pocketed an extra $50k for their thrilling war which kicked off tonight’s UFC 255 event. Sasha Palatnikov ultimately emerged victorious in that contest by way of third round TKO.

Performance of the night: Joaquin Buckley earned an extra $50k for the second time in five weeks after scoring another sensation knockout victory, this time over Jordan Wright, at tonight’s event.

Performance of the night: Antonina Shevchenko picked up an extra $50k for her second round TKO victory over Ariane Lipski which occurred on tonight’s preliminary card.

Are you surprised by any of the performance bonuses handed out following the conclusion of today’s UFC 255 event in Las Vegas? Share your thoughts in the comments section PENN Nation!